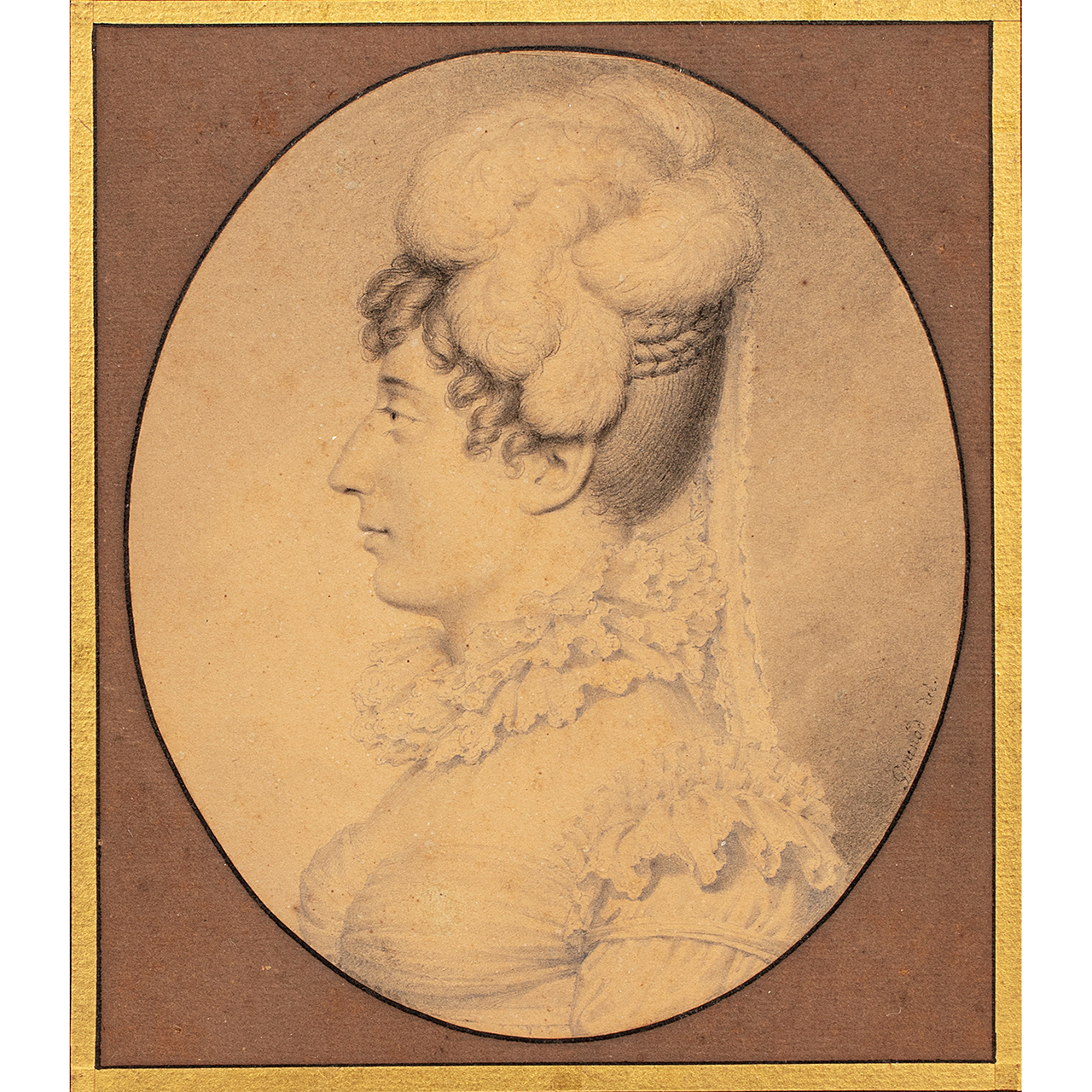 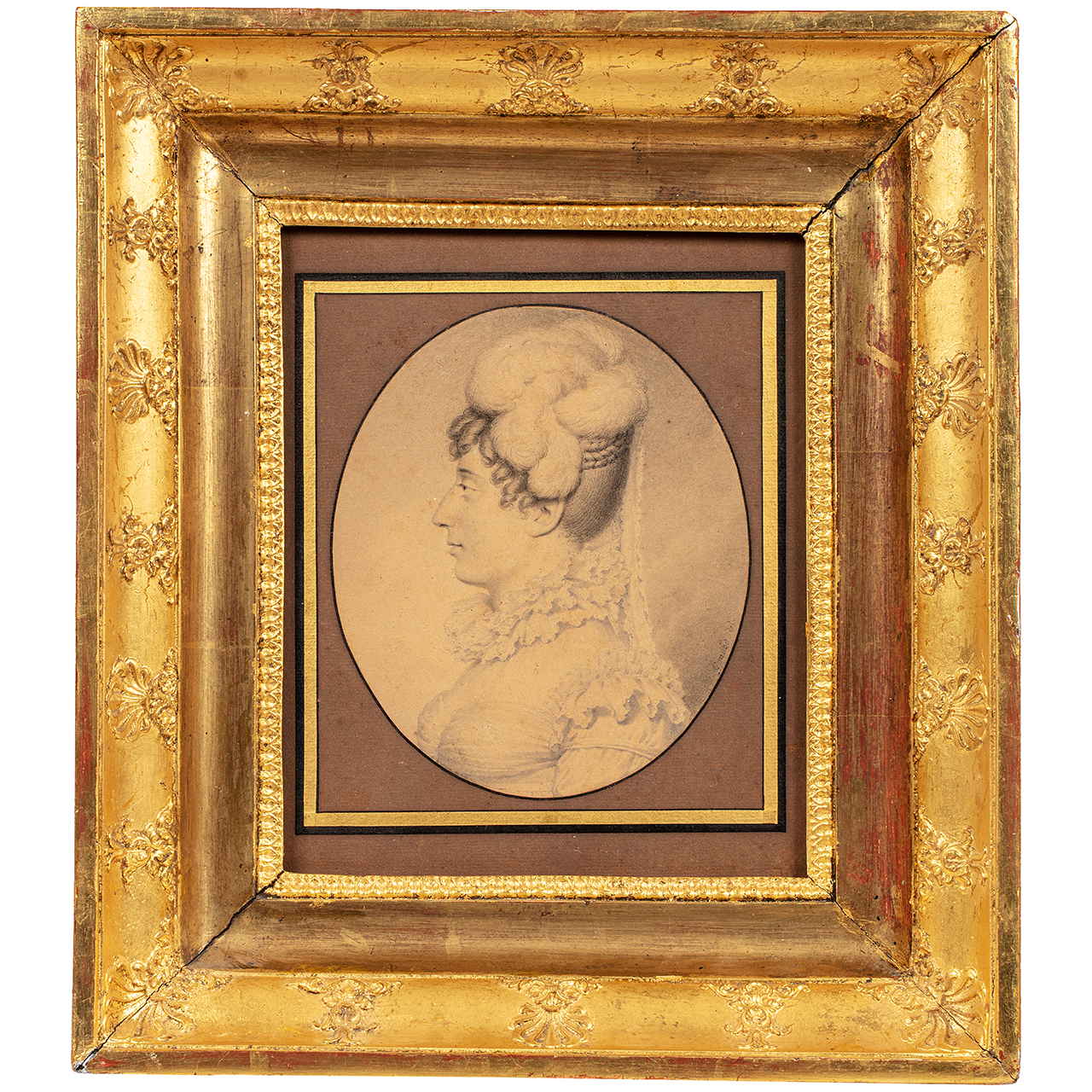 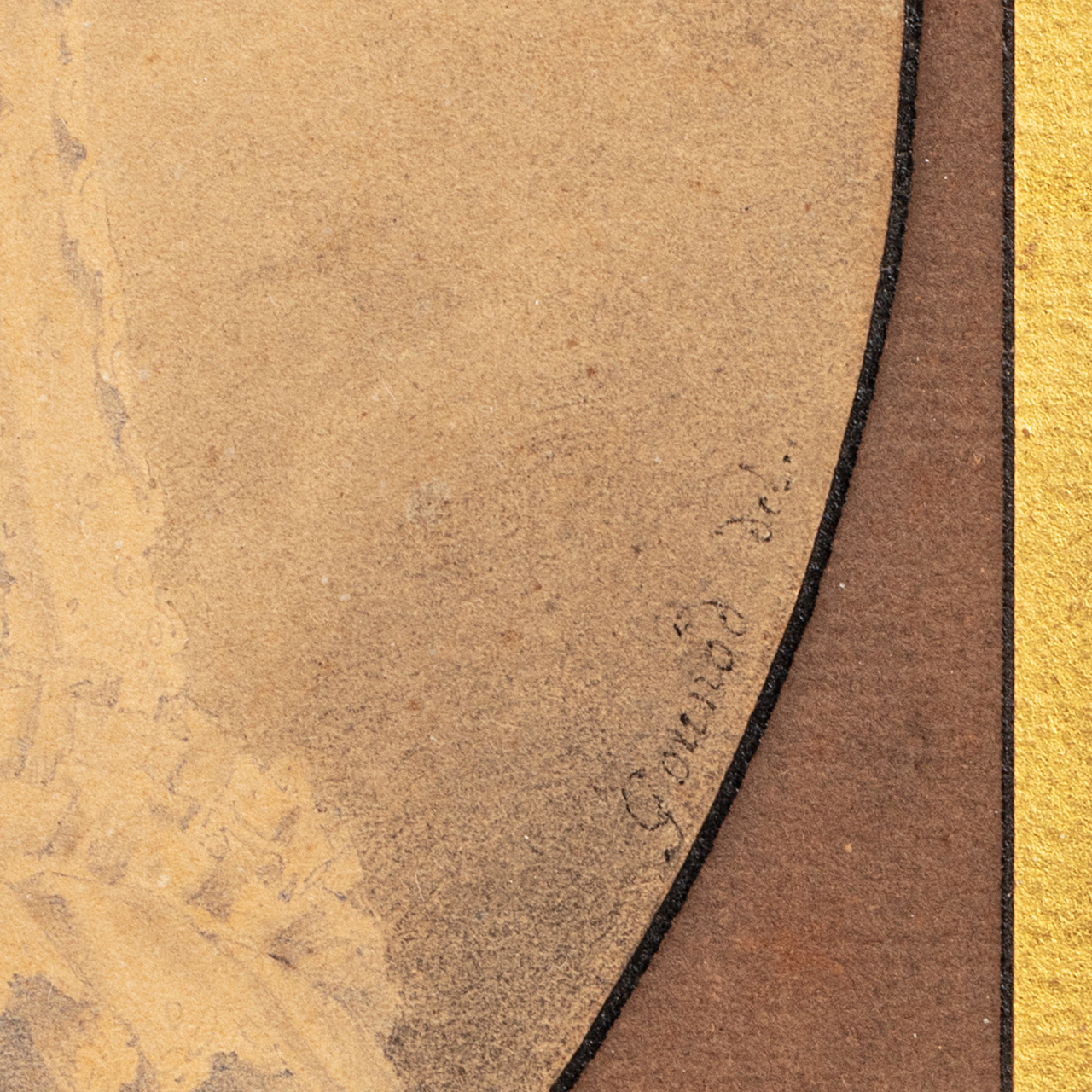 The daughter of Louis XVI and Marie-Antoinette wears a Troubadour style outfit with feathers in her hair and a collarette dress.

The British provenance of these leaves may lead us to believe that they were executed there before 1814, since the future Charles X and his niece and daughter-in-law the Duchess of Angoulême lived there in exile until 1814: Marie-Thérèse au Hartwell Castle where she resided since 1807 with her uncle Louis XVIII, while Charles-Philippe resided in London from 1799, first at 46 Baker Street, then from 1805 to 1814 at 72 South Audley Street. 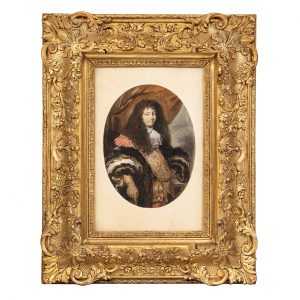 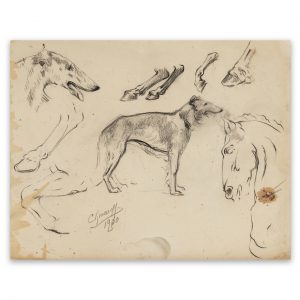 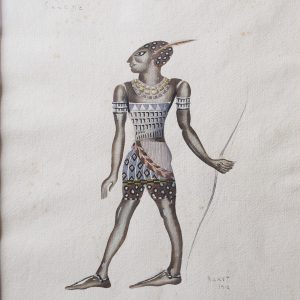 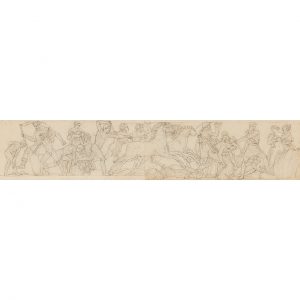