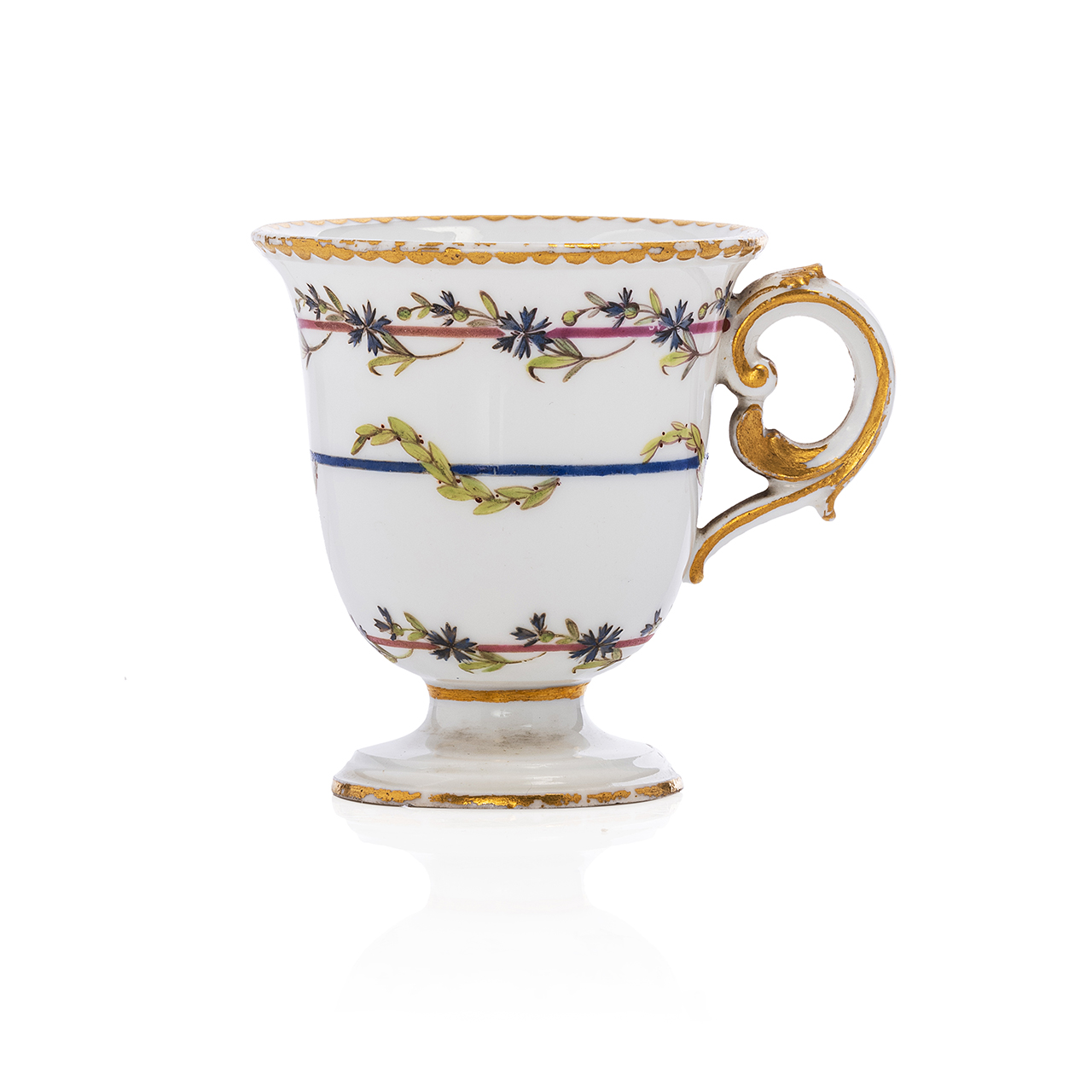 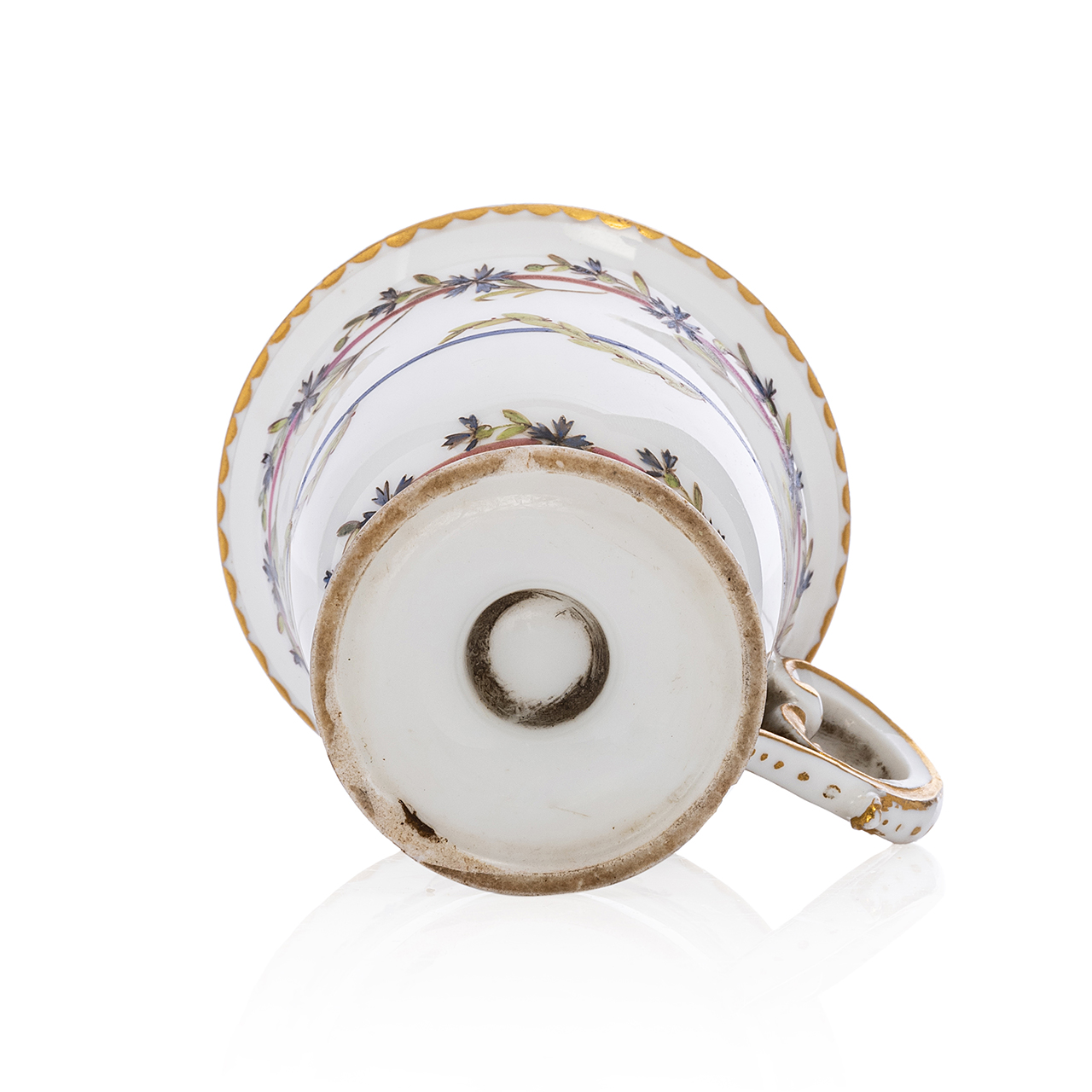 Hard-paste porcelain, with polychrome decoration of garlands of barbeaux and myrtle leaves around red and blue lines.

One chip to the base and gold wear.

Started in 1782, the so-called Gobelet du Roi service was delivered to the Palace of Versailles on May 11, 1783, supplemented by supplements each year between 1784 and 1791. The decoration is named in the registers of painters' work and preserved ovens in the archives of the Sèvres factory "garlands of barbels" accompanied by the designation "Service du Roy" (Arch. Sèvres, Vj'2, f° 141 and VI'2, f° 53). The delivery of March 27, 1784 provides more details on the decor: "We delivered for the King the additional service garland of myrtles and cornflowers" (Arch. Nat. 01 2061, item 70). It is addressed during successive deliveries to Jean-René-Christophe Roth, controller of the Gobelet du Roi. One hundred and forty-four plain plates were delivered in 1783 at the price of 15 pounds each. The service was intended for the table of the officers who were entitled to the second dining room called "new rooms". The service probably followed the Court when it moved to the Tuileries in 1790. The Château de Versailles today keeps several pieces of this service including 8 ice cups, one of which is also unmarked. Other elements are kept at the Louvre Museum, the Museum of Decorative Arts, the Bowes Museum, the Victoria and Albert Museum or the Schloss Fasanerie in Fulda. 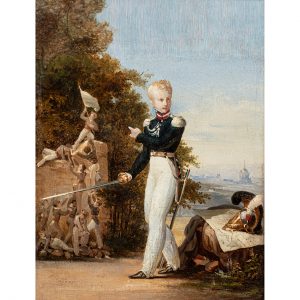 Antoine BÉRANGER (Paris, 1785-Sèvres, 1867), attributed to
Portrait of Henri d'Artois, Duke of Bordeaux, in the uniform of a colonel of the cuirassiers, leading the assault on a fort led by his playmates in the park of the Château de Saint-Cloud 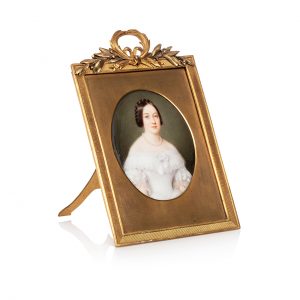 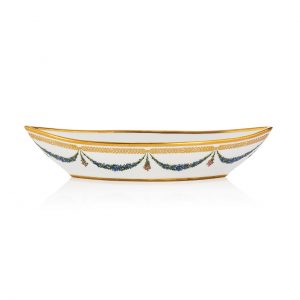 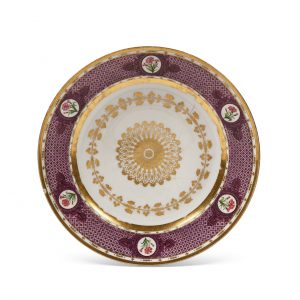