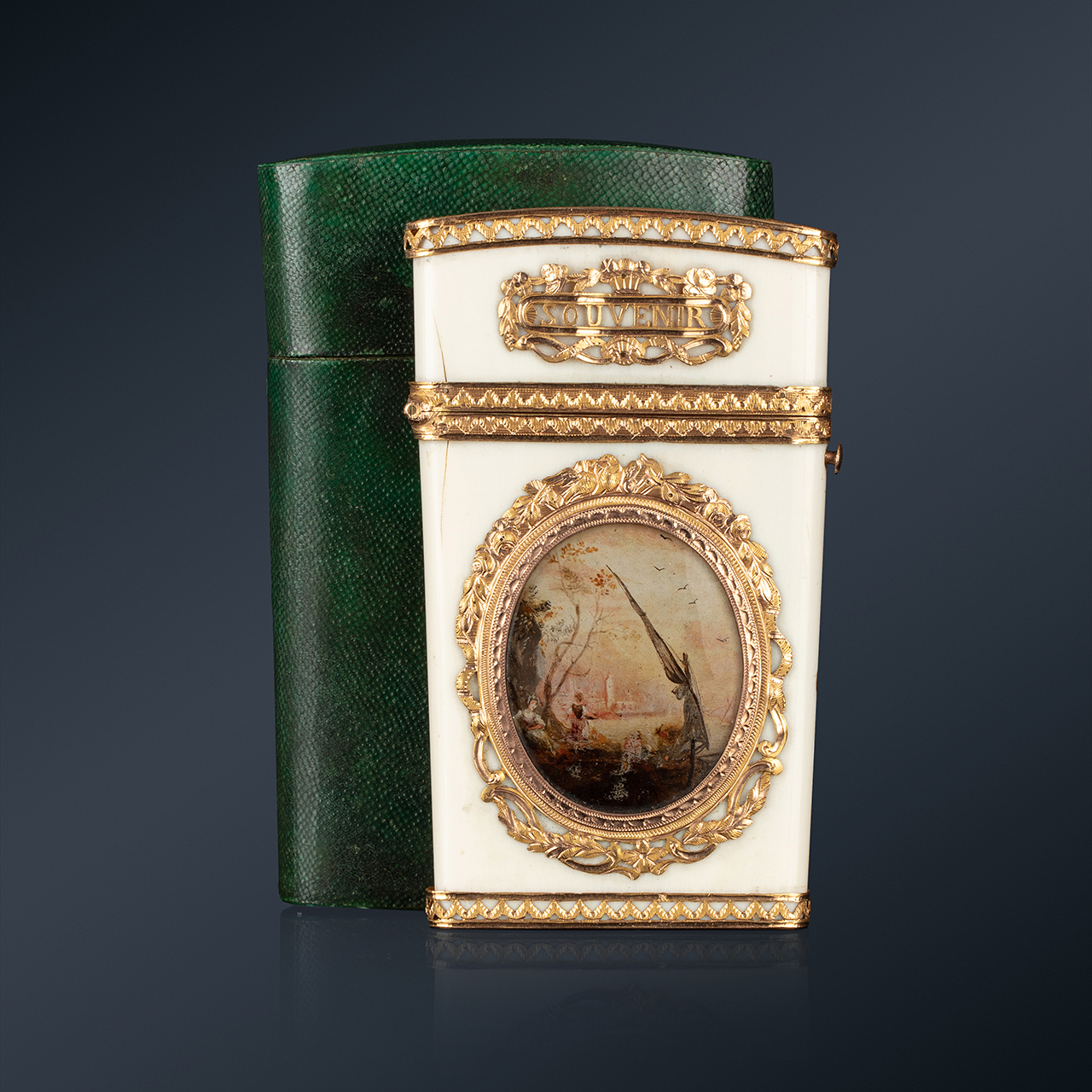 Trapezoidal ivory flat gold-mounted (750) tablet case, interior in gold with compartments for a notebook of two ivory writing tablets joined by a gold rivet and for a pencil (missing). The tablets inscribed in pencil with dedications dated 1806 and 1897. The hinged cover opening with a push-button is inscribed in gold "Souvenir / d'amitié" on each side. Each side is adorned with a painted oval miniature set under glass depicting a country scene bordered by gold foliage.

Diderot mentions these precious cases in his "Encyclopédie" under the name of “tablettes”: "the tablets we use to write are a kind of little book which has a few sheets of ivory, paper or prepared parchment, on which we write with a touch or a pencil the things you want to remember." 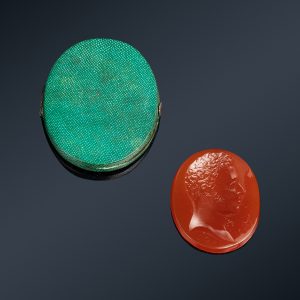 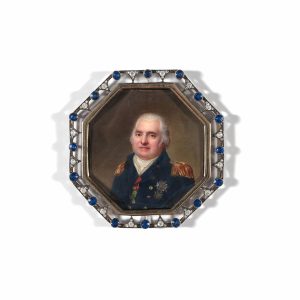 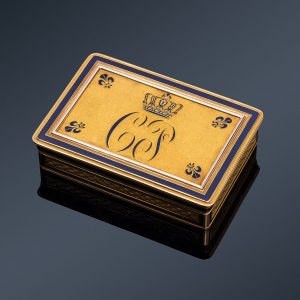 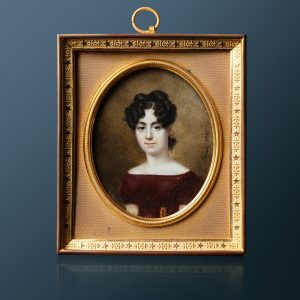