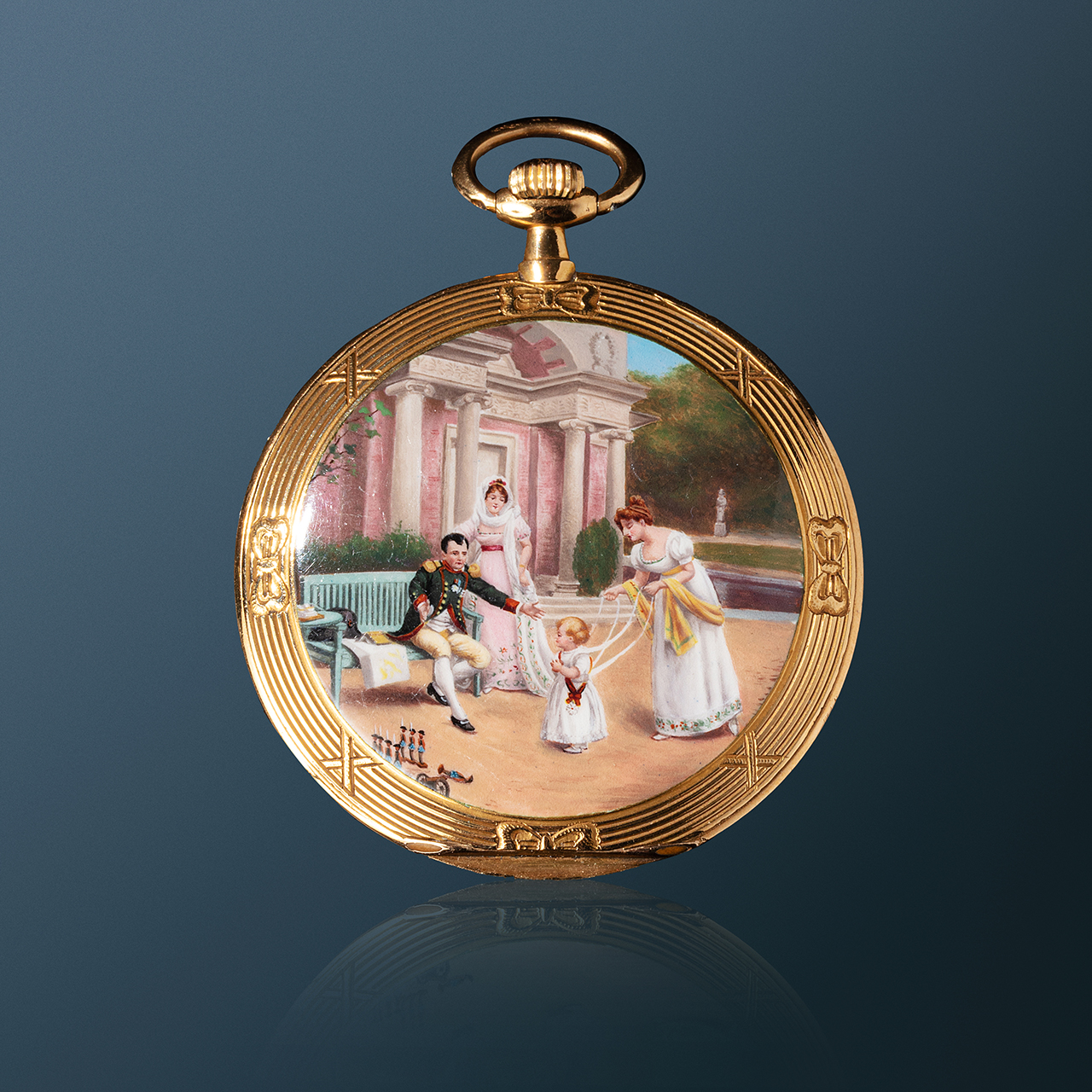 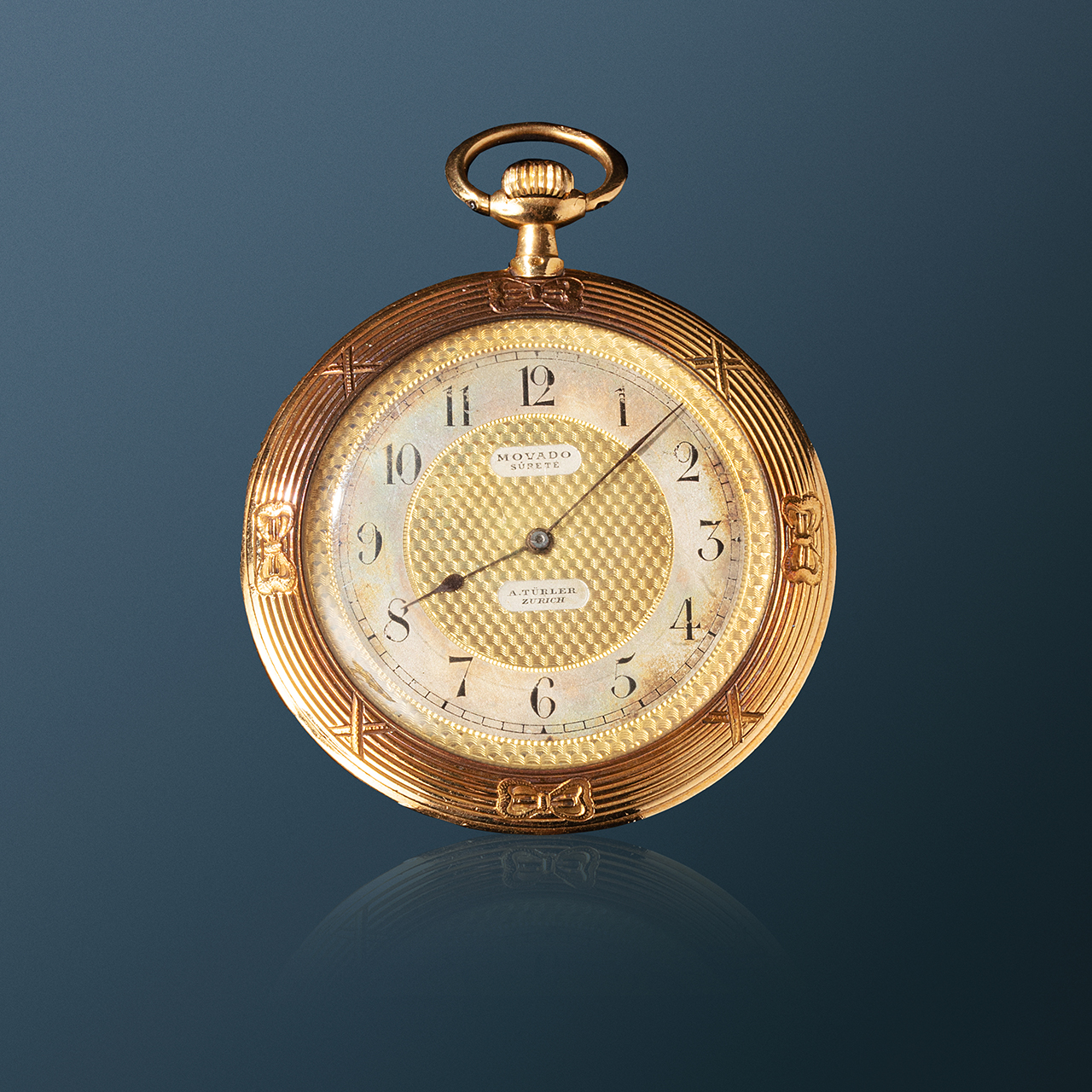 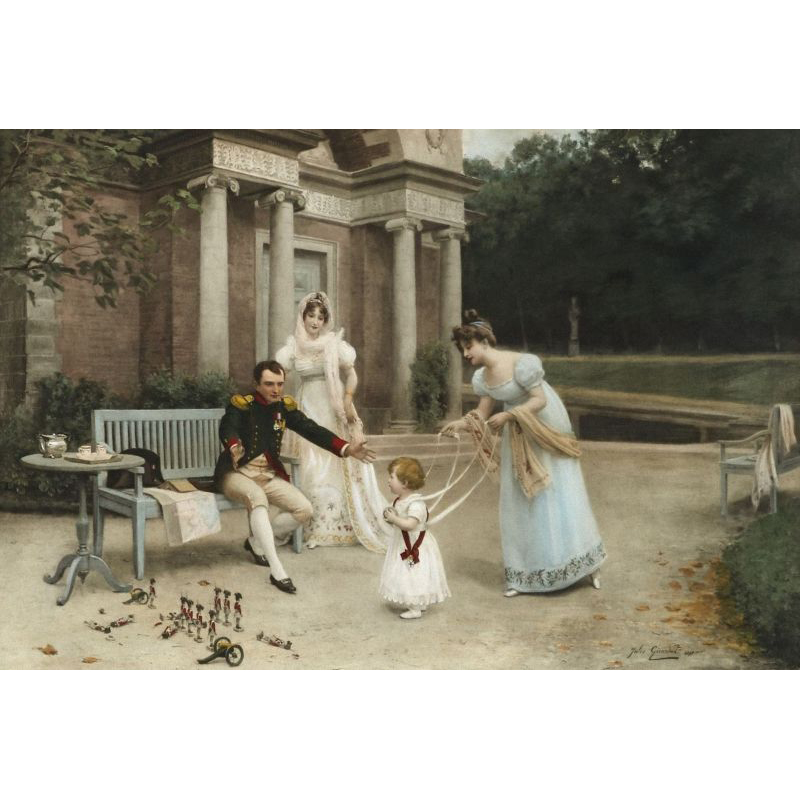 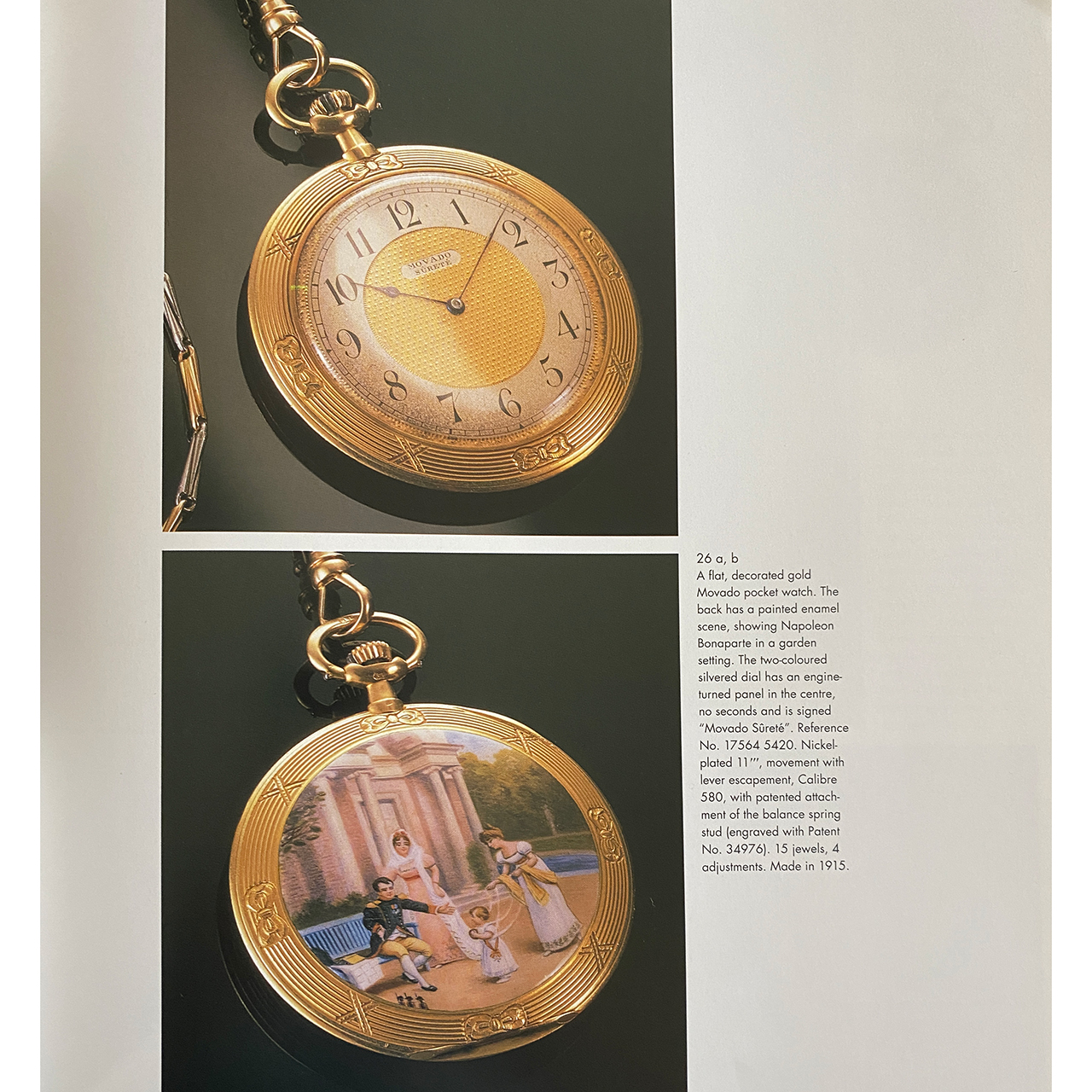 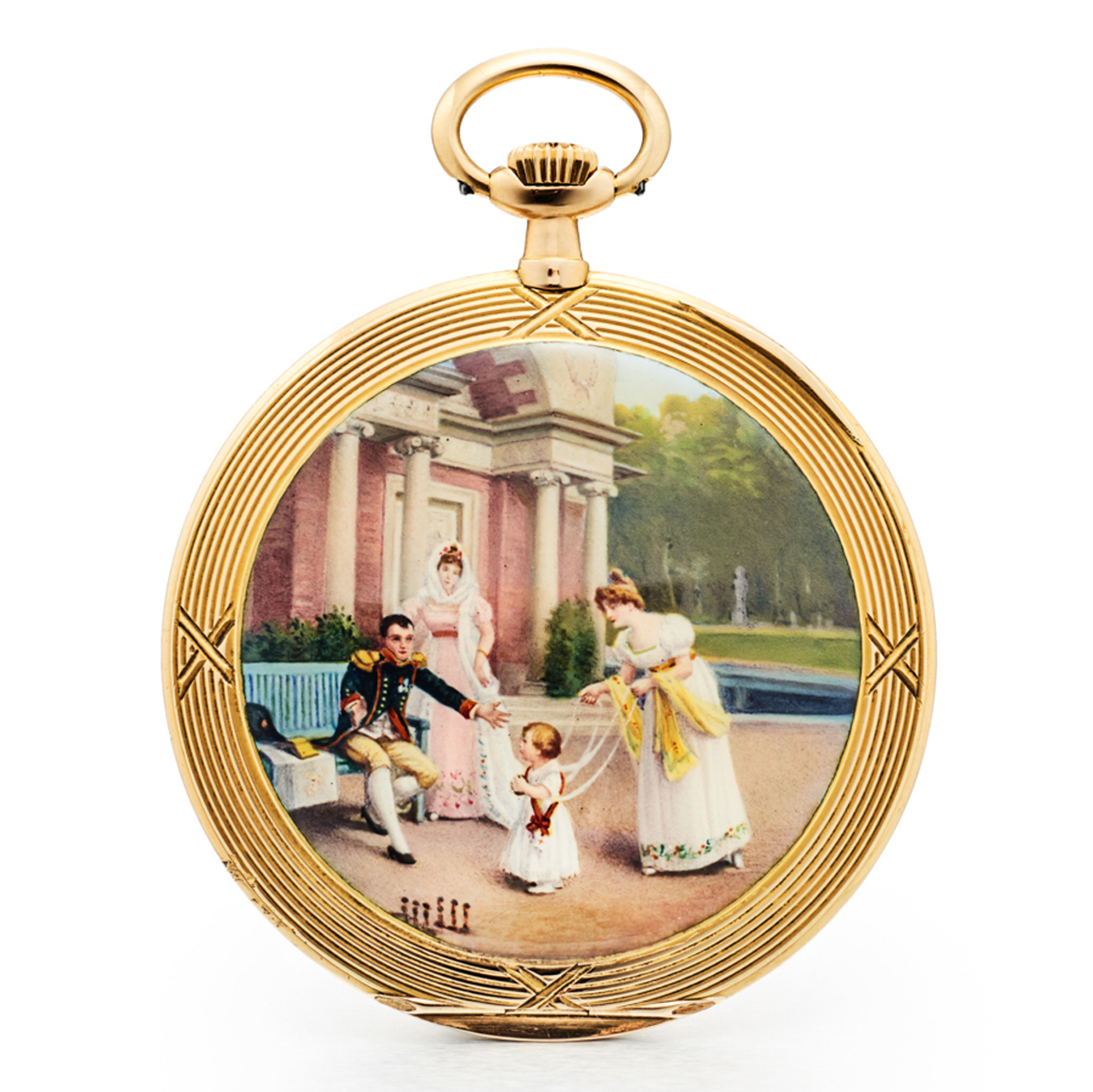 Pocket watch in 18k yellow gold and polychrome enamel, round and flat, with keyless winding, the border "couteau".

The two-color dial, reverse motor, without seconds, signed "Movado Sûreté" with the mark of the retailer A. Türler in Zurich.

The back is polychrome enamelled "in full" on gold of a scene after oil on canvas by Jules Girardet (painted in 1900) depicting Emperor Napoleon and "The first steps of the king of Rome" in the garden of Bagatelle (ill. 3). The inside of the caseback is engraved with the numbers 15928 and 5420.

- An identical watch illustrated in the above reference book (private collection). 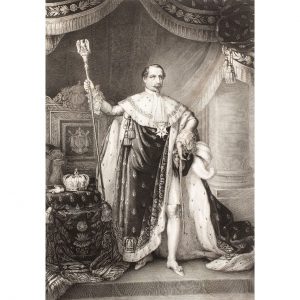 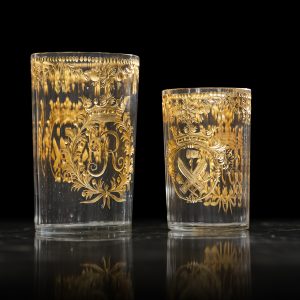 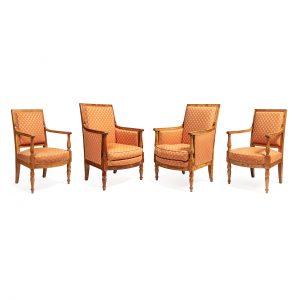 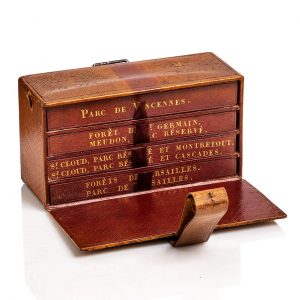