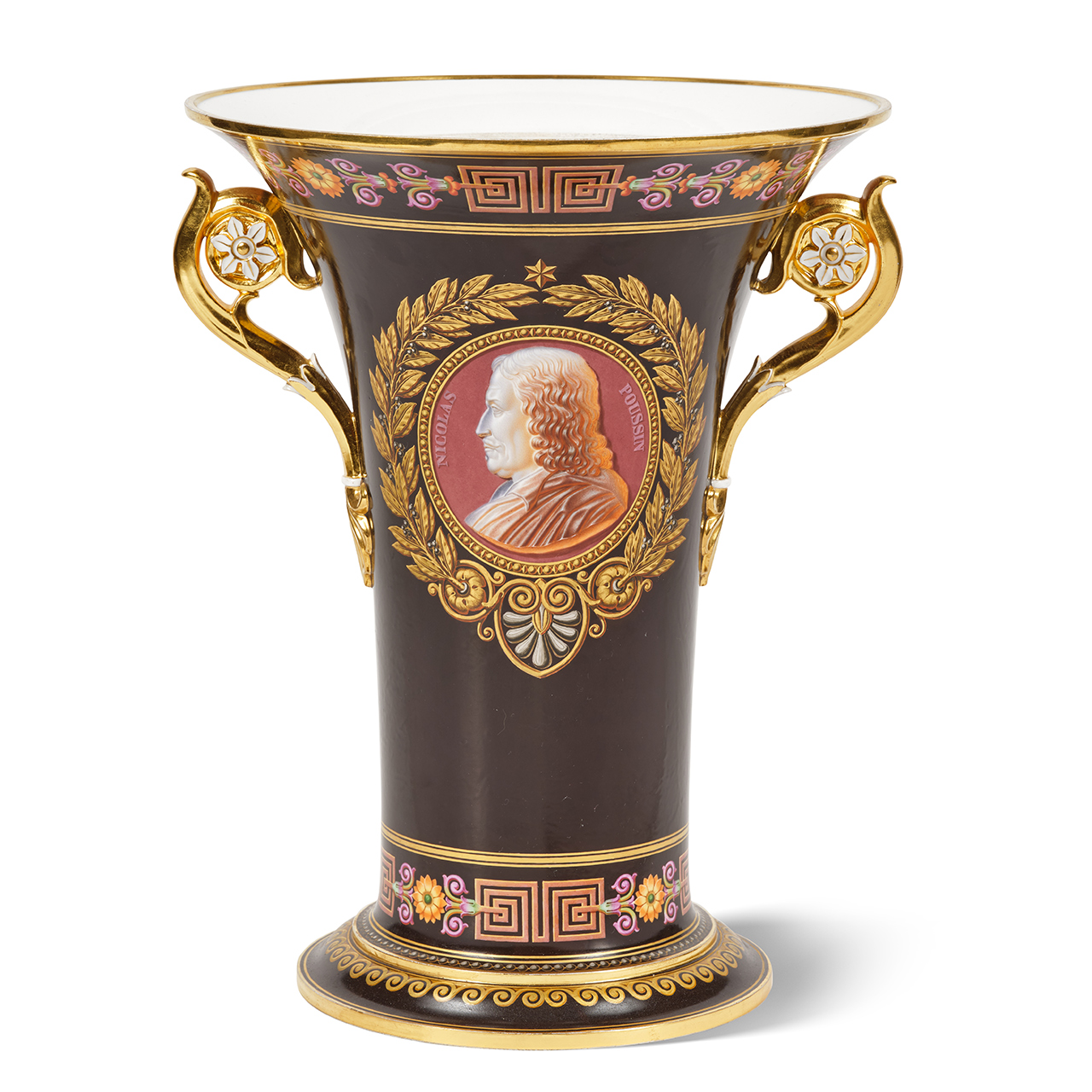 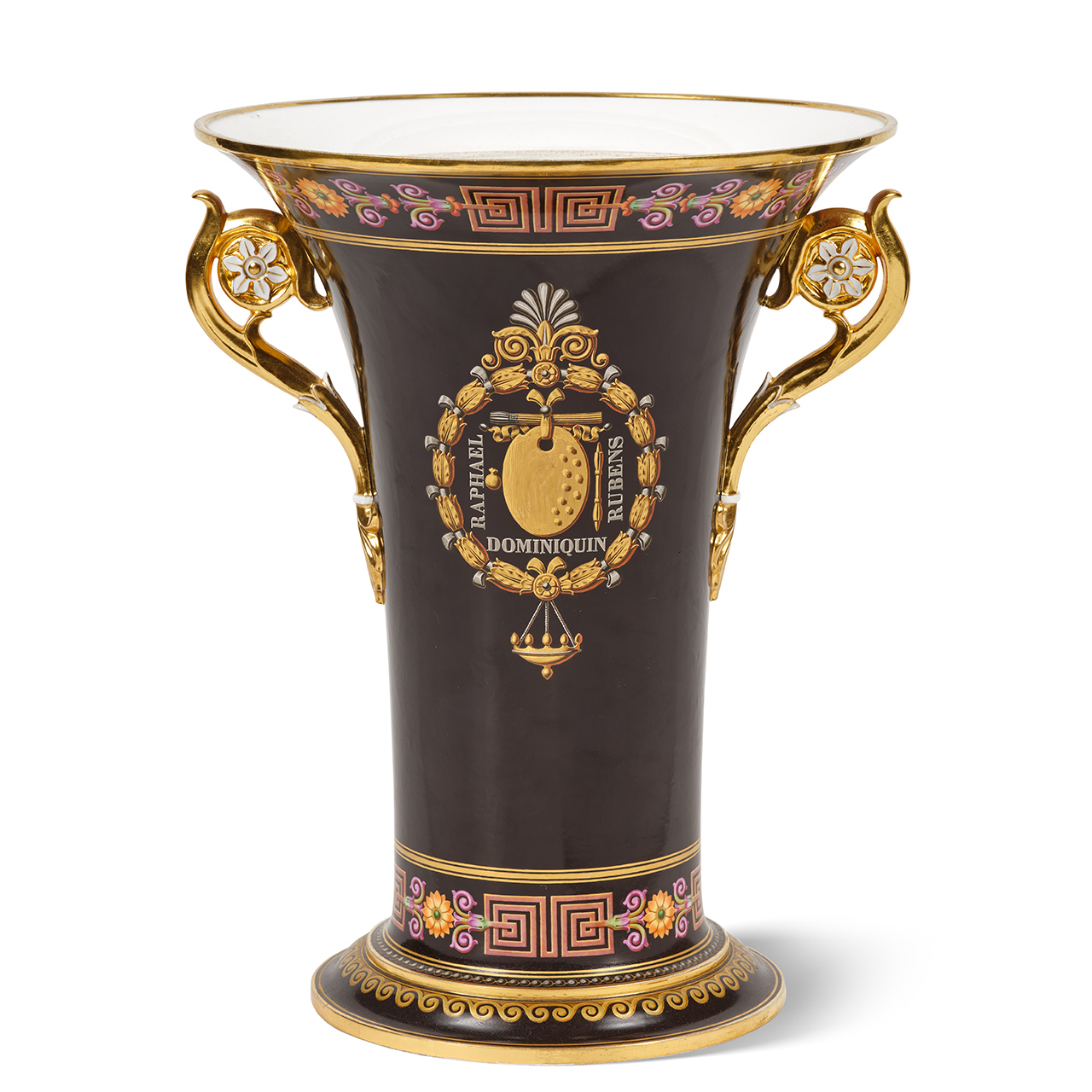 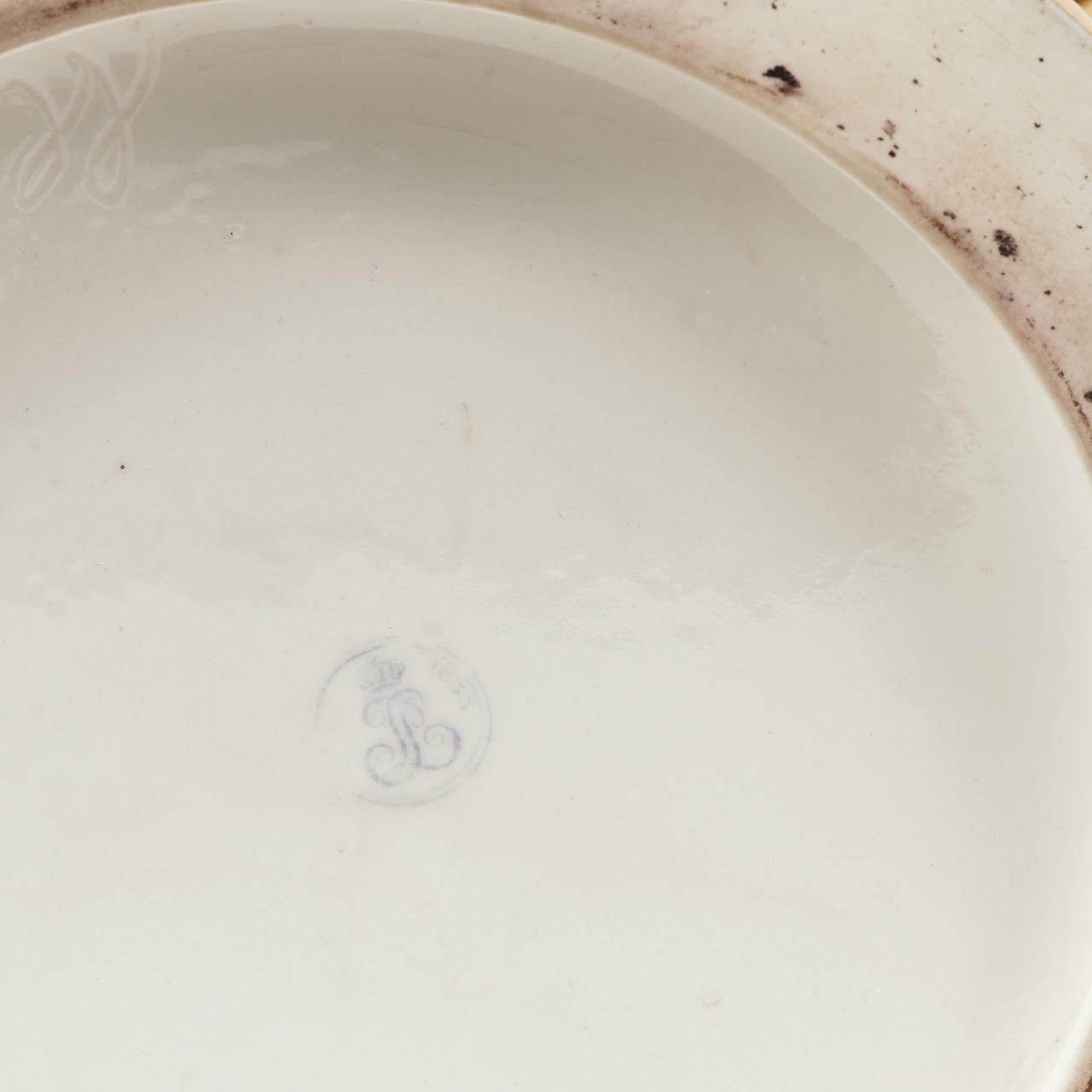 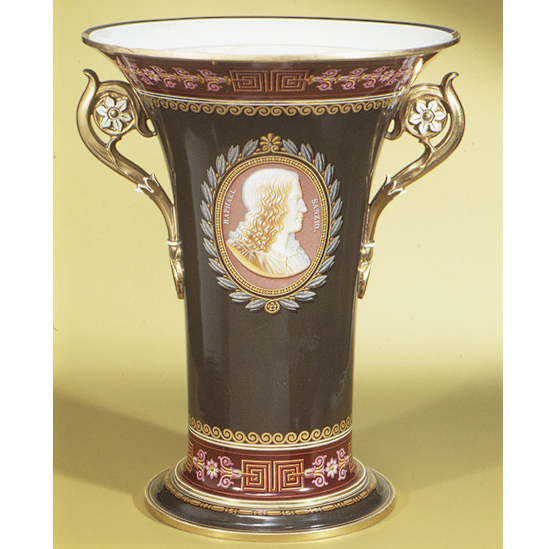 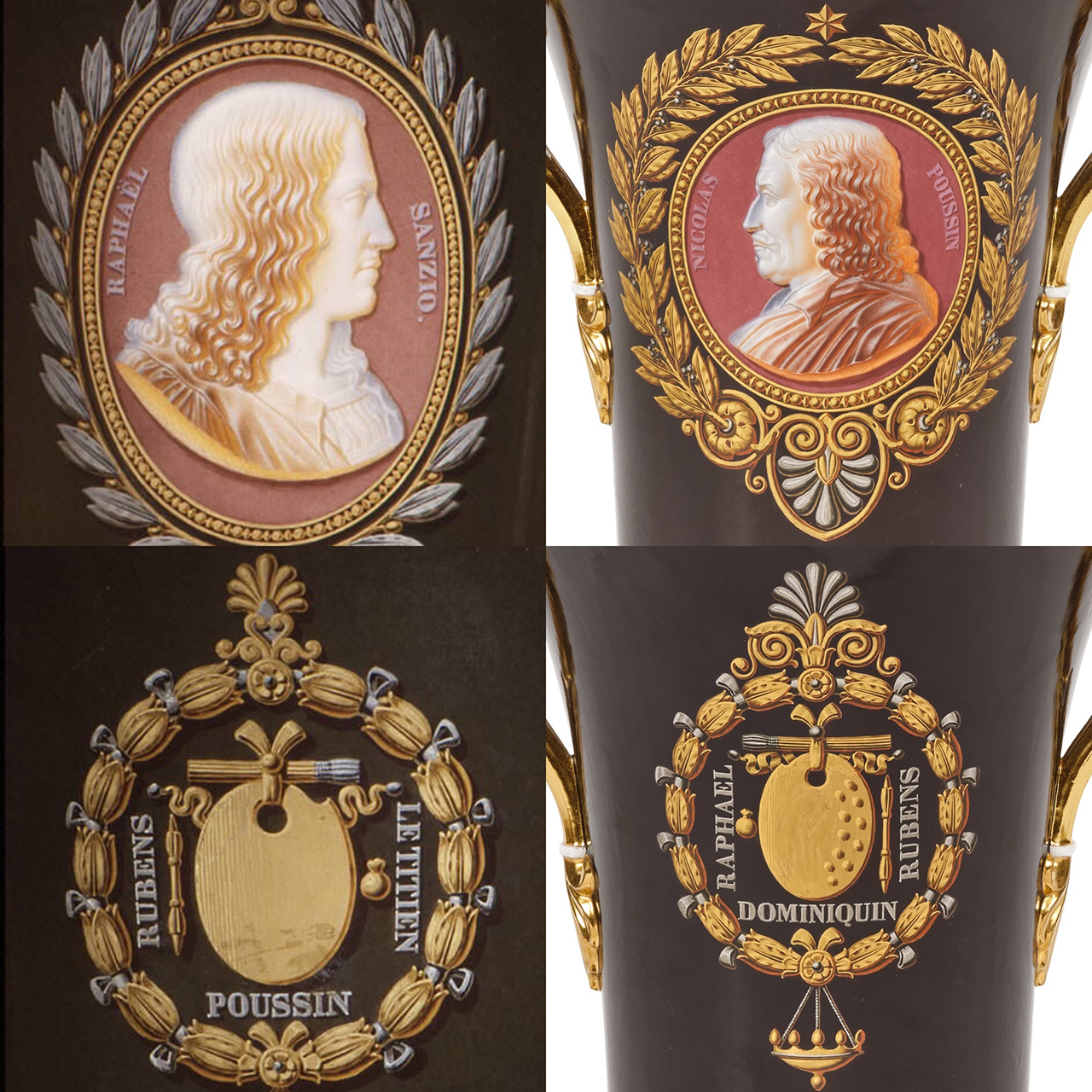 Hard-porcelain vase of "Jasmin cornet à anses rosaces" shape, of 1st size, with a dark brown ground, decorated at the center with a portrait painted in imitation of the cameo depicting the painter Nicolas Poussin (1594-1665) in a wreath of leaves laurel in gold and platinum joined by a palmette and surmounted by a star, the upper and lower borders with polychrome decoration of a frieze decorated with Greek, stylized flowers and foliage. The reverse is adorned with a trophy or "attribut", also in gold and platinum, dedicated to the painters Raphael, Rubens and Dominiquin whose names surround a palette, in a stylized crown. The gold handles are defined as a rosette centered with a white flower.

Restorations at the handles and at the base.

As the Sèvres archives differ on the decoration of the second lost vase, only the rediscovery of this one will be able to confirm which of Le Sueur or of Le Brun is represented as a cameo, as a pendant to the Poussin depicted on our vase.

Portraits of famous men were a popular decorative motif in Sèvres for much of the 19th century. These three contemporary artists of King Louis XIV were among the most famous of the Grand Siècle. It is also the Sun King who bought in 1658 the castle of Saint-Cloud, for his brother Philippe of France (1640-1701).

The physiognomy of the Poussin is executed according to a technique which imitates the old cameos, a type of decoration perfected at the Manufacture at the beginning of the 19th century, constituting a current decorative scheme under the direction of Alexandre Brongniart (1770–1847), including the large interest in mineralogy may have given the impetus to this particular style of painting.

A very similar vase dated 1834 and also delivered to the Palace of Saint-Cloud on August 23rd, 1834 is kept at the Metropolitan Museum in New-York (inv. 1978.373). Also in a pair, with a dark green ground and purple frieze, it features the painter Raphael Sanzio as a cameo, while the second lost vase features Michelangelo. They were decorated by Pierre Riton (active 1821-1860) and gilded by Jean-Louis Moyez (active 1818-1848), probably like ours, whose ornaments are slightly richer (see illustrations in appendices). 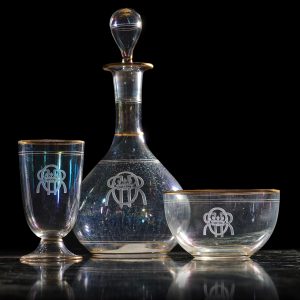 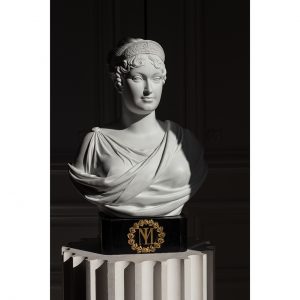 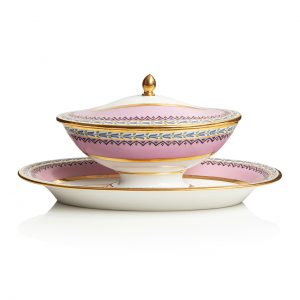