The marli with a purple background is decorated with a mosaic of stylized diamonds decorated with cartoons of all different polychrome flowers (frieze n°12 at Sèvres drawn in 1820, see illustration), the center decorated with a gold rosette surrounded by a frieze of gold leaves, gold thread on the edge.

Mark with the blue stamp and mark of the painter Desnoyers-Chaponnet elder (active 1813-1828).

Secretary of Boissy d'Anglas until 1814, Vatout was sub-prefect of Libourne during the Hundred Days, then sub-prefect of Semur-en-Auxois from 1819 to 1820. From 1822, he was part of the house Duke of Orleans with the title of librarian; he became the King's first librarian in 1832. According to a rumor, he was a natural son of Philippe-Égalité, and therefore a half-brother of Louis-Philippe. He appreciated the cheerfulness of his character and his Gallic songs. After 1830, he was Councilor of State, president of the Council of Civil Buildings, president of the commission of historic monuments (1837) and deputy of Semur from 1831 to 1848. He encouraged the literary beginnings of Alexandre Dumas. After several unsuccessful attempts, he was elected to the French Academy on January 6, 1848. He followed in exile Louis-Philippe, at the castle of Claremont, in Surrey (spring 1848). The lead pipes of this castle being dilapidated, Vatout fell ill and died of poisoning by lead poisoning shortly after. 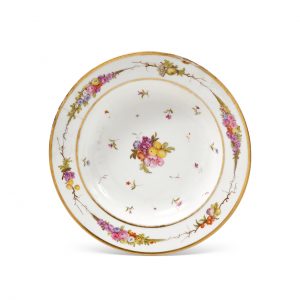 A Sèvres porcelain soup plate
Probably from the service of Lucien Bonaparte, brother of Napoleon 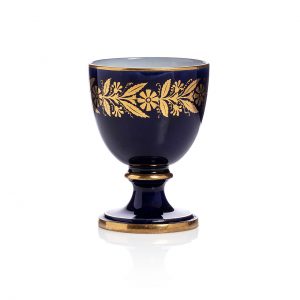 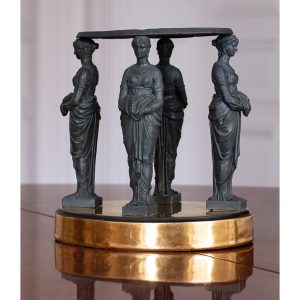 A Neoclassical porcelain & biscuit centerpiece
Attributed to the Dagoty factory